Serving Clients Throughout Upstate New York with Multiple Convenient Locations
Our Results Speak for Themselves
We fight for the rights of clients who have sustained serious injuries or suffered harmful accidents. Our goal is to help each client achieve the best possible outcome.
CONTACT US NOW
For a Free Consultation 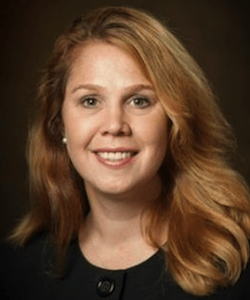 Ms. Westlake is currently the President of the Onondaga County Bar Association.

Ms. Westlake focuses her practice on civil litigation involving serious personal injury and wrongful death. She has experience in a broad range of personal injury cases, including but not limited to medical malpractice, motor vehicle accidents, premises liability, construction accidents and products liability.

Volunteer Lawyer’s Project of Onondaga County Membership No. Board of Directors
Member Since: 2014

Assigned Counsel Program of Onondaga County Membership No. Board of Directors
Member Since: 2014

Classes / Seminars
Pro Bono Activities
Contact Us
Verdicts & Settlements
Personal Injury
How to Choose the Best Personal Injury Lawyer
Personal Injury FAQs
Client Reviews
★★★★★
"We were very impressed with how Jeff DeFrancisco represented us at trial and we were extremely happy when the jury found in our favor." D.M., Auburn, NY
★★★★★
"I cannot express in words what an awesome job Charlie Falgiatano and Jean Marie Westlake did in representing my family in my mother's case at trial. There can never be enough thank-yous." D.L., Cortland, NY
★★★★★
"I suffered a serious injury as a result of medical malpractice. My husband and I retained Jeff DeFrancisco to assist us in this case. We were extremely happy with his representation and highly recommend him." Kelley R., Syracuse, NY
★★★★★
Since the insurance company was unwilling to settle the matter my case ultimately went to trial. At trial Jeff DeFrancisco did an absolutely amazing job by obtaining a very favorable result for me." T.H., Oneida, NY
★★★★★
"I highly recommend DeFrancisco & Falgiatano - Charlie represented me for a medical malpractice case. He is the best of the best. He is friendly and I am very happy with the representation he provided." Roger N., Oneida, NY
View More
Submit a Law Firm Client Review